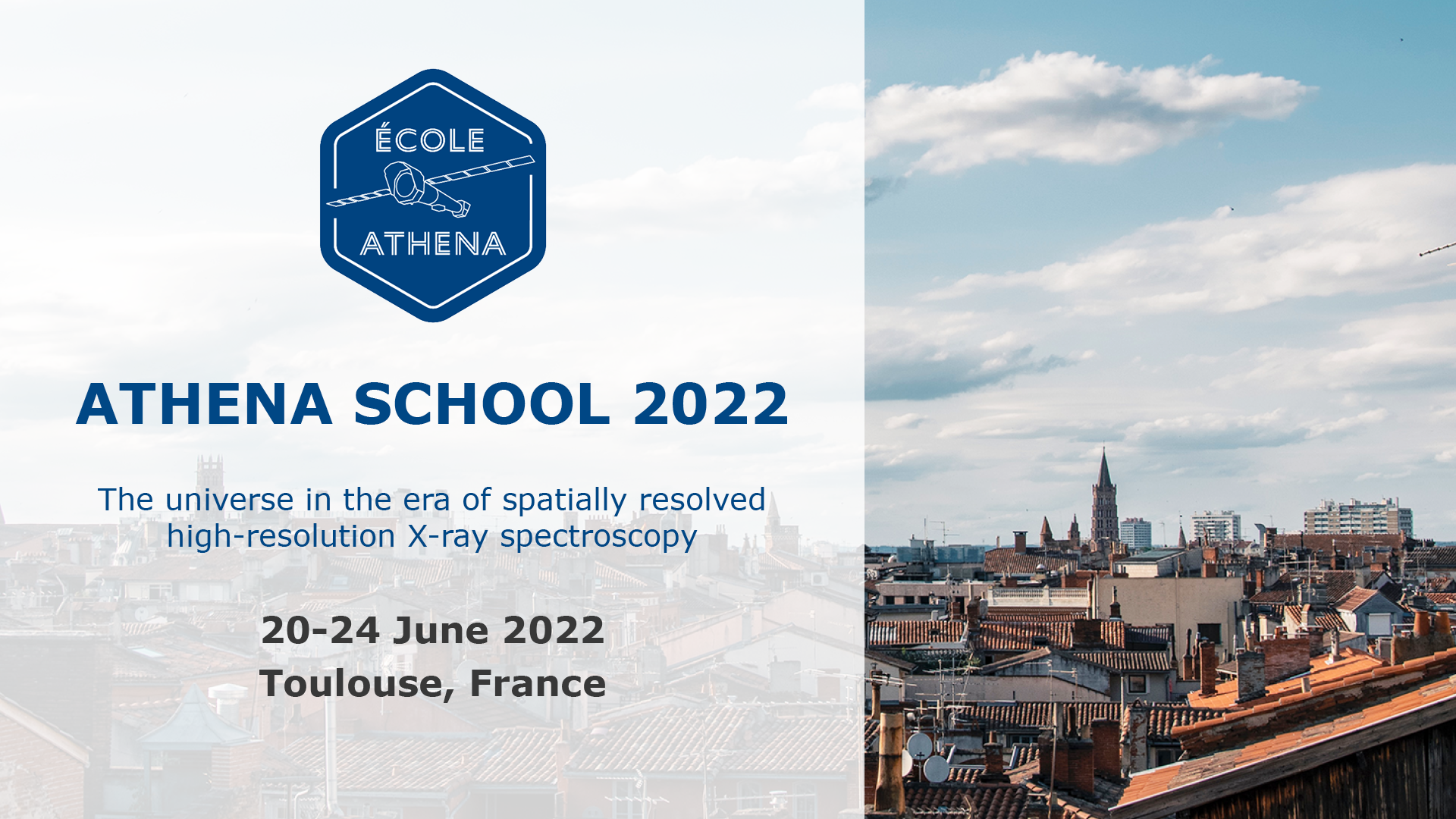 Summary of the first Athena school

The Athena and XRISM missions were presented by Matteo Guanazzi, whilst Didier Barret introduced the X-IFU instrument and Vincent Albouys set forth the basis of space project management. Further lessons on the instrumental performances, calibrations and end-to-end-simulations ( Philippe Peille, Edoardo Cucchetti, Joern Wilms) completed the overview of the Athena mission. The students were given a full panorama of the Athena scientific objectives, through lectures on the Hot Universe (Nicolas Clerc and François Mernier), the Energetic Universe (Pierre-Olivier Petrucci and Joern Wilms) and observatory science (Anne Decourchelle and Natalie Webb). Fours practicals sessions (animated by Christian Kirsch, Edoardo Cucchetti, Philippe Peille) allowed the students to simulate Athena observations of various targets, as a step forward to apply the simulator to their own research topics.

Various social events allowed discussions and interactions between the students and teachers. A session of feedback and debriefing was organised at the end of the school for the benefit of the organisers in order to improve future editions.

A guest talk was given by Xavier Barcons, Director General of ESO, on ESO programmes and potential synergies with Athena.

The school was concluded by the scientific seminar of Susanna Vergani on Gamma-ray bursts and multi-messenger astronomy.

To the presentations, material for the tutorials, photos

The first edition of the “Athena School: the Universe in the era of spatially resolved high-resolution X-ray spectroscopy” will take place from 20 to 24 June in Toulouse, France. This CNRS thematic school is open to the whole French astronomical community.

Athena (Advanced Telescope for High-Energy Astrophysics) is ESA’s next generation X-ray observatory. It is the second large-class mission of its Cosmic Vision programme and the successor of current missions ESA’s XMM-Newton and NASA’s Chandra. With its two focal plane instruments, the X-IFU (X-ray Integral Field Unit) and the WFI (Wide Field Imager), Athena will unveil the physics of the Hot and Energetic Universe through spatially resolved high-resolution X-ray spectroscopic observations. Athena will address two fundamental questions in astrophysics: 1) How did matter come together over time to form the Universe as we observe it today? and 2) How do black holes form, grow and shape the Universe?

The lessons and practical will present the whole breath of Athena’s scientific reach i) the dynamical assembly of clusters of galaxies, the chemical enrichment of the Universe; ii) the search for the most distant super-massive black holes, the physical mechanisms coupling black holes and their environment; iii) the life cycle of stars from the chemistry of the intergalactic medium, the physics of stellar winds and of supernova remnant, to the endpoints of stellar evolution on compact objects.

The aim of the school is to provide participants (staff, postdocs, PhD students, etc.) with knowledge of the scientific objectives of Athena, foster connexions in the early stage of their careers, stimulate inter- and multi-disciplinary collaborations, and develop their skills in high-resolution X-ray spectroscopy. No specific background in X-ray astronomy is required to attend the school.

Registration for the Athena School 2022 is now closed.

This school will be held in English. It is open to PhD students, post-doctoral researchers, and young researchers from the French research community. Registration for this event is free of charge but mandatory.

Each application will be reviewed for acceptance by the Scientific Organising Committee.

The programme will consist of lessons and practicals on:

The Athena School 2022 will be held at the Mercure Centre Saint-Georges in Toulouse, France. The address is: 1 rue Paul Mériel, 31000 Toulouse.

The school will cover the costs of accommodation and meals of the participants (with arrival on Monday 20 June, four nights stay and departure on Friday 24 June) on the basis of the CNRS per diem. It will also support train travel fees up to 250€ per participant in order to minimise the school total carbon footprint. Air travel expenses for participants will not be covered.

Travel and accommodation arrangements will be dealt with directly by the school admin support on the basis of the participants’ registration. Please contact us for any special situation or questions.

Participants will be paired for the practical session. They will be encouraged to use their personal laptop during these sessions. The school organisers will provide the participants with a software package to install prior to the school, as well as the relevant assistance. Alternative solutions could also be accommodated.

For any questions regarding the school, please get in touch with us at xifu@irap.omp.eu