The X-IFU is a revolutionary X-ray spectrometer. It is the one of the two instruments of the European Space Agency’s future space telescope, Athena (Advanced Telescope for High Energy Astrophysics). With its X-ray eyes, the X-IFU will observe the hot and energetic Universe, a world of clusters of galaxies, black holes, and exploding stars.

The X-IFU combines high spectral resolution with high quality imaging. In other words, the X-IFU will be able to capture images of astrophysical objects in which each pixel of the image will provide us with a full spectrum containing a lot of information about the objects.

Thanks to its unprecedented capabilities, this revolutionary X-ray spectrometer will enable astrophysicists to answer some of our most burning questions about the Universe. They will extract breakthrough information about the formation and evolution of the large structures of matter observed in the Universe. For instance, they will measure the abundance of different elements (oxygen, iron, tin, etc.) within galaxy clusters. They will also expand our knowledge about the birth and life of black holes, along with how they interact with the galaxies in which they live. For example, they will measure with a higher degree of precision than ever before the speed at which a black hole spins.

Discover the science behind the mission 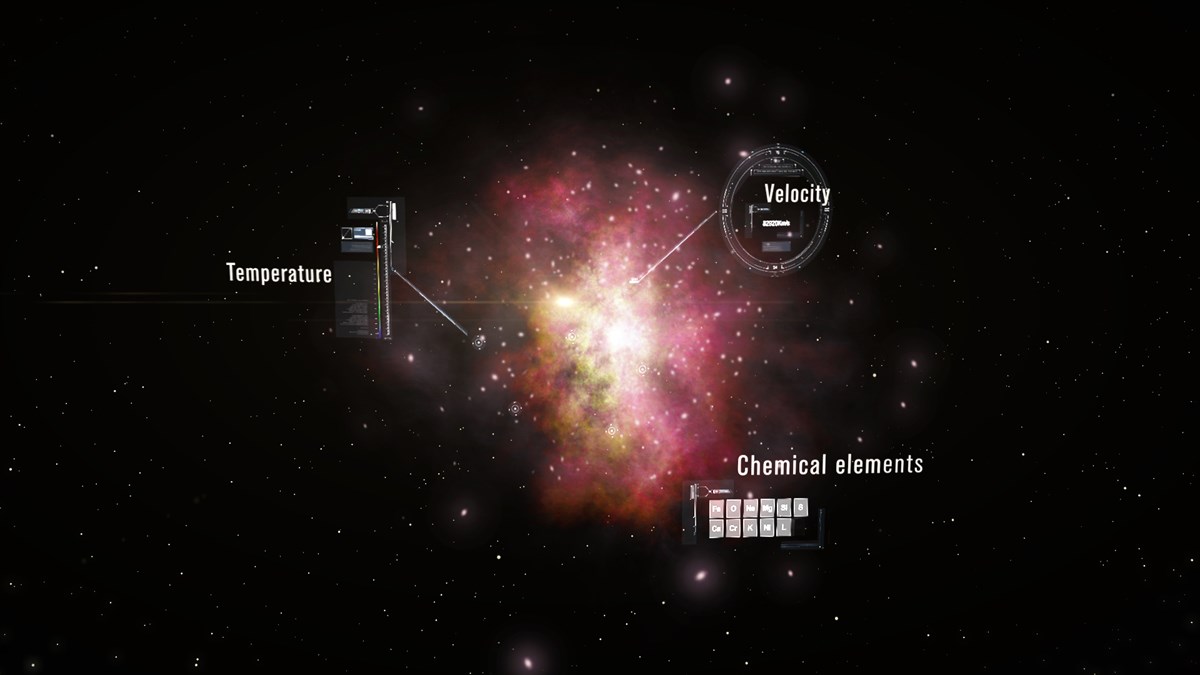 An array of thousands of micro-calorimeters

Cutting-edge technologies will allow the X-IFU to accurately measure the energy of the X-rays that are collected by the telescope mirror. The instrument uses micro-calorimeters: highly sensitive heat sensors capable of measuring the tiny amount of heat released when an X-ray is absorbed.

Thousands of these micro-calorimeters are assembled together. They are cooled to nearly absolute zero (-273,1°C / 50mK) by a complex cooling chain to increase their sensitivity to slight variations in temperature. The temperature increase measured by the micro-calorimeter is converted by superconducting thermometers into an electrical signal that is read out by high-precision electronics. The signals are individually analysed to accurately estimate the energy of each X-ray photon, giving access to the conditions in which they were emitted.

Learn more about the sub-systems of the instrument

The X-IFU is developed by an international consortium, coordinated in France by IRAP, the research institute in astrophysics and planetology, and CNES, the French space agency. The X-IFU consortium gathers around 300 engineers and researchers, a number that will keep increasing as we get closer to the launch. They are spread across 13 countries, 11 ESA members states (Belgium, Czech Republic, Finland, France, Germany, Ireland, Italy, the Netherlands, Poland, Spain, and Switzerland), as well as the United States (NASA) and Japan (JAXA). 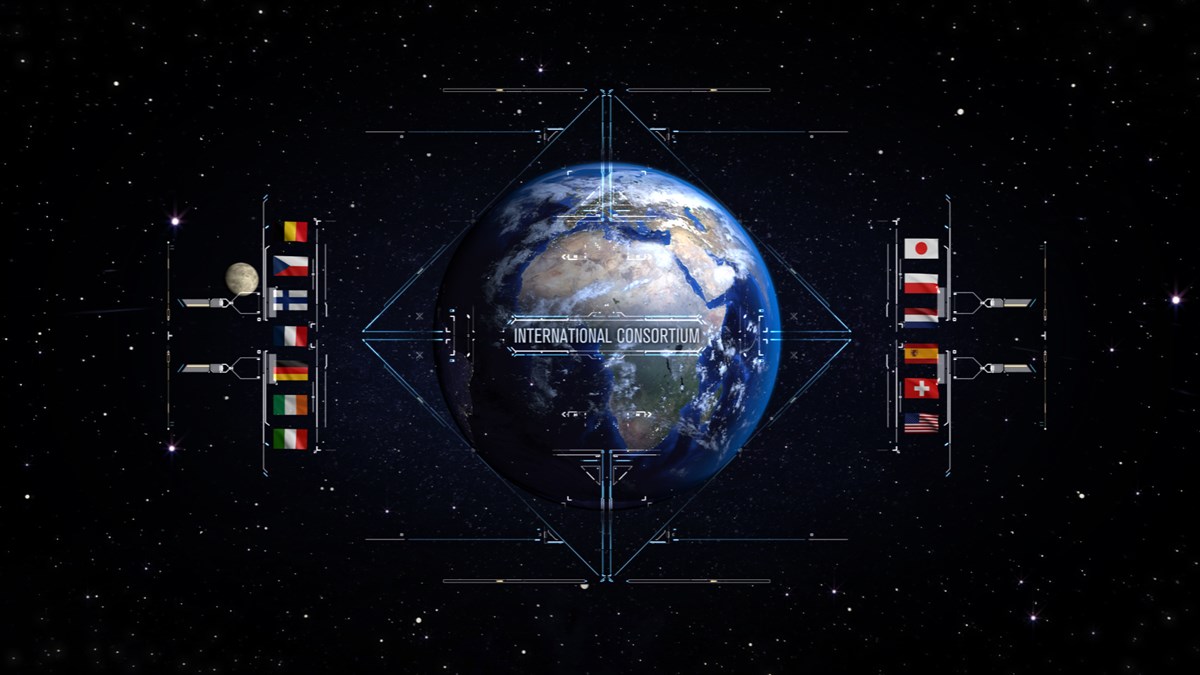 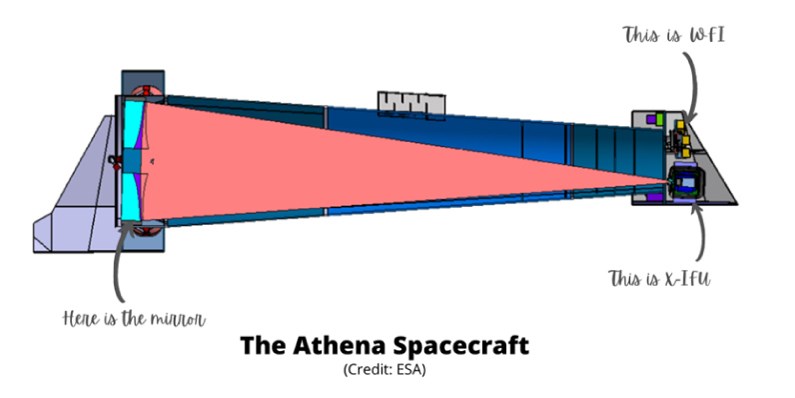 Athena (Advanced Telescope for High-Energy Astrophysics) is ESA’s next generation X-ray observatory. It is the second large-class mission of its Cosmic Vision programme and the successor of current missions ESA’s XMM-Newton and NASA’s Chandra. It will also fly after JAXA’s XRISM (X-ray Imaging and Spectroscopy Mission).

Athena will carry the X-IFU and the WFI, a wide field imager that will survey the X-ray Universe. Using a movable and tilting mirror assembly, the telescope will regularly change focus between its two instruments.
Thanks to its mirror, Athena will deliver unprecedented effective area with a fine spatial resolution over a large field of view. The effective area of the mirror is the area over which photons from astrophysical sources are collected and directed towards the instruments in the focal plane. The spatial resolution defines the capability to resolve and separate two nearby astrophysical sources. Finally, the field of view of the mirror defines the region of the sky that can be imaged by the instruments. To increase scientific discoveries, astrophysicists will want the largest effective area, the finest spatial resolution and the largest field, which are three characteristics that Athena combines.
Athena will be launched in the early 2030s with the European rocket Ariane 6. Once in space, the mission is set to last at least 4 years, with a design lifetime of 10 years overall.